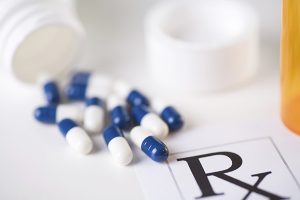 The ongoing movement to reduce prescription drug spending focuses primarily on the cost factor. But as Shannon Brownlee and Judith Garber contend in a Stat opinion piece, overprescribing of drugs also carries financial and health risks.

“Between 2000 and 2012, the proportion of adults in the U.S. who were taking five or more medications nearly doubled, from 8.2 percent to 15 percent,” write the co-authors, who are staff members of the Lown Institute. Among adults age 65 and over, 42 percent take at least five medications.

While recognizing that multiple medications are sometimes needed, Brownlee and Garber argue that overprescribing can lead to potentially fatal adverse drug events: “If nothing is done, adverse drug events over the next decade can be expected to cause 4.6 million hospitalizations of older Americans, 74 million outpatient visits, and nearly 150,000 premature deaths.”

Brownlee and Garber predict that a focus on reducing overprescribing could save up to $62 billion over the next decade in unnecessary hospitalization for older adults alone.

For patients who visit multiple doctors, it’s critical to ensure that every one of those doctors is aware of the prescription (and non-prescription) drugs they’re taking to reduce the risk of adverse interactions and duplication.